Energy Problems and Solutions in India 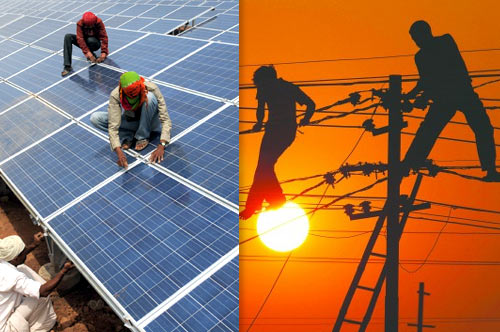 A Brief
A number of policy reforms were brought up since past 20 years which have shifted India’s energy sector from a predominantly government-owned system towards one based on market rules by providing a higher level playing field for both public and private sectors. Political complexion and the so called tradition of socialist economic on going practices, not ignoring the fact that even when they stood as obstacle to the complete liberalization of India’s energy sector, leading to sub-optimal outcomes. Going by this scenario, the goal of offering the access of energy to the whole population led to well-meaning policies designed to protect the poor, but resulted in a system of untargeted producer and consumer Subsidies that prevent a more thorough implementation of a well-functioning and financially sound energy sector. In combination with an industrial policy that aims to protect the indigenous manufacturing industry through import subsidization, India lands trapped halfway besides the transformation in the direction of an open and positively good performing energy sector. India’s energy sector is unable to deliver a secure supply of energy amid growing demand and fuel imports. In conjunction with a rising subsidy level and systemic failure to ensure proper revenue collection, the financial capacity of energy sector players is particularly undermined. The fact of major Lack of sufficient capacity to make time to time and absolute investments provides reason for India to be afraid if it is heading towards energy crises.

Current scenario in India
The huge blackouts that occurred in the July of the year 2012 in northern India could be witnessed as a consequence within the framework of incomplete market liberalization. The comparison of the IEA World Energy Outlook of the year 2011 situations and the projections of the Indian government in these show how differently India’s energy future can evolve based on different assumptions and circumstances. Analyses and data in this paper benefited from two IEA flagship publications: the World Energy Outlook (WEO) 2011 and Energy Technology Perspectives (ETP) 2010, India has the world’s second largest population ranging at a huge number of 1.24 billion in the year 2011 according to WDI, 2012, and the  world’s seventh largest landmass (IEA, 2011c). The Indian subcontinent is located in Southern Asia, bordering the Bay of Bengal and the Arabian Sea. It is a both ethnically and religiously diversified community consisting of 23 official languages, while English is the subsidiary official language (IEA, 2007). India has attained quick and remarkable economic development in the past two decades and became the world’s tenth largest economy in the year of 2011.  Along with India's relatively big number of young population with a median age of 26.2 years, India is expected to take over China as the world’s most populous nation around 2025.

Why is this problem arising
Self-sufficiency or energy independence is a frequently occurring theme in the energy policy dialogue in India (Madan, 2006). This is a useful concept to understand India’s approach to energy security. Although India adopted strategies of supply or fuel diversification to enhance energy security, it has placed a stronger emphasis on maximum utilization of domestic sources, including hydrocarbon, thorium and renewables. As demonstrated by India’s non-participation in the Non-Proliferation Treaty to its reluctance to support US sanctions on Iran, non-interference by outsiders and the protection of Indian sovereignty are fundamental features of Indian domestic and foreign policy. There are a number of players in India’s energy sector. With the Planning Commission at the top, five ministries are in charge of energy policy for individual Oil producing sectors, and many other ministries and state governments directly and indirectly have influence on energy policy. The Planning Commission has responsibilities to assess national resources, to determine priorities and form the necessary plans. The role of the Planning Commission is essential as it formulates the five-year plans and monitors their implementation based on consultation with the central ministries and state governments in the process, yet it lacks the power to implement the policies.